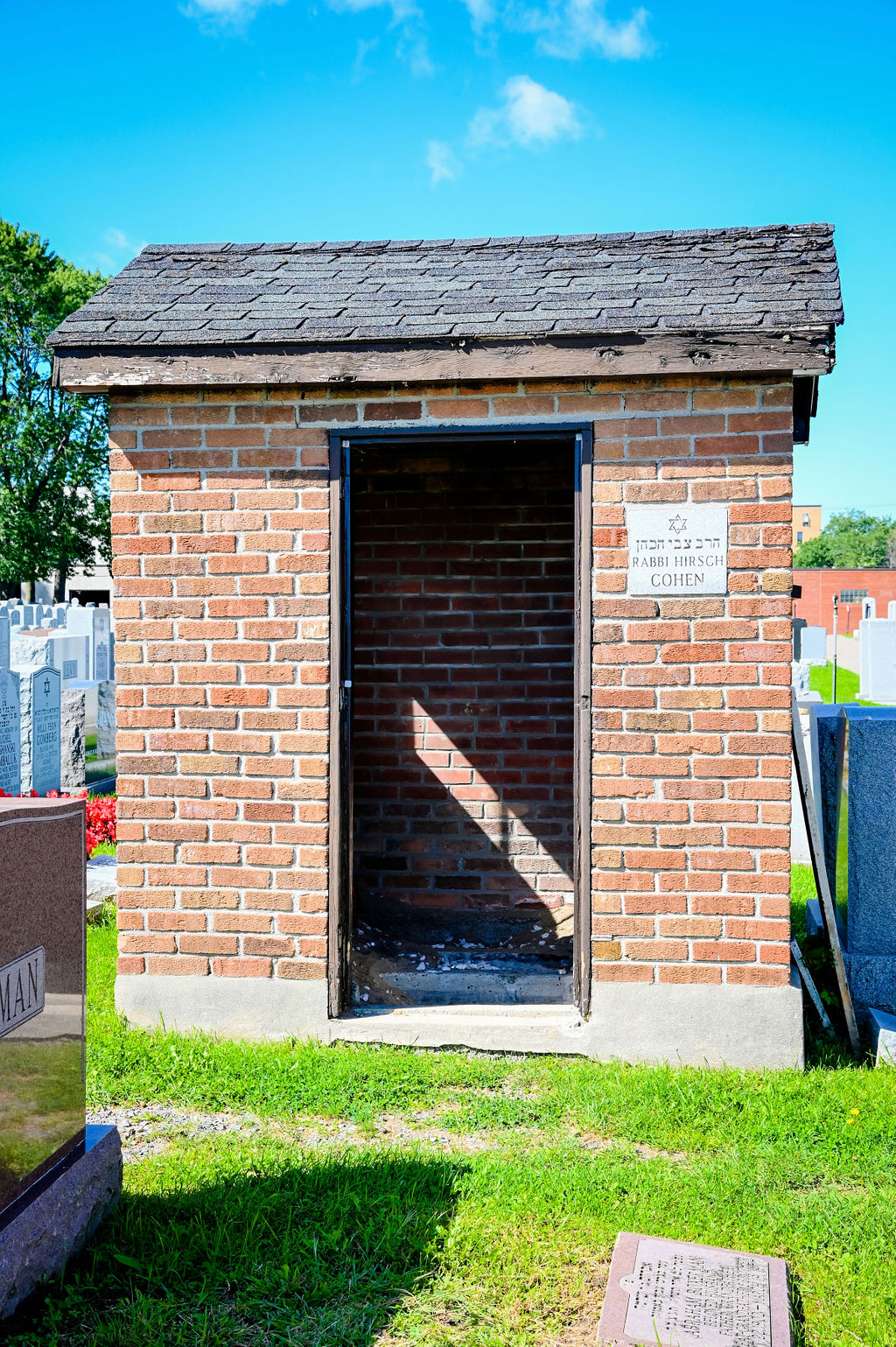 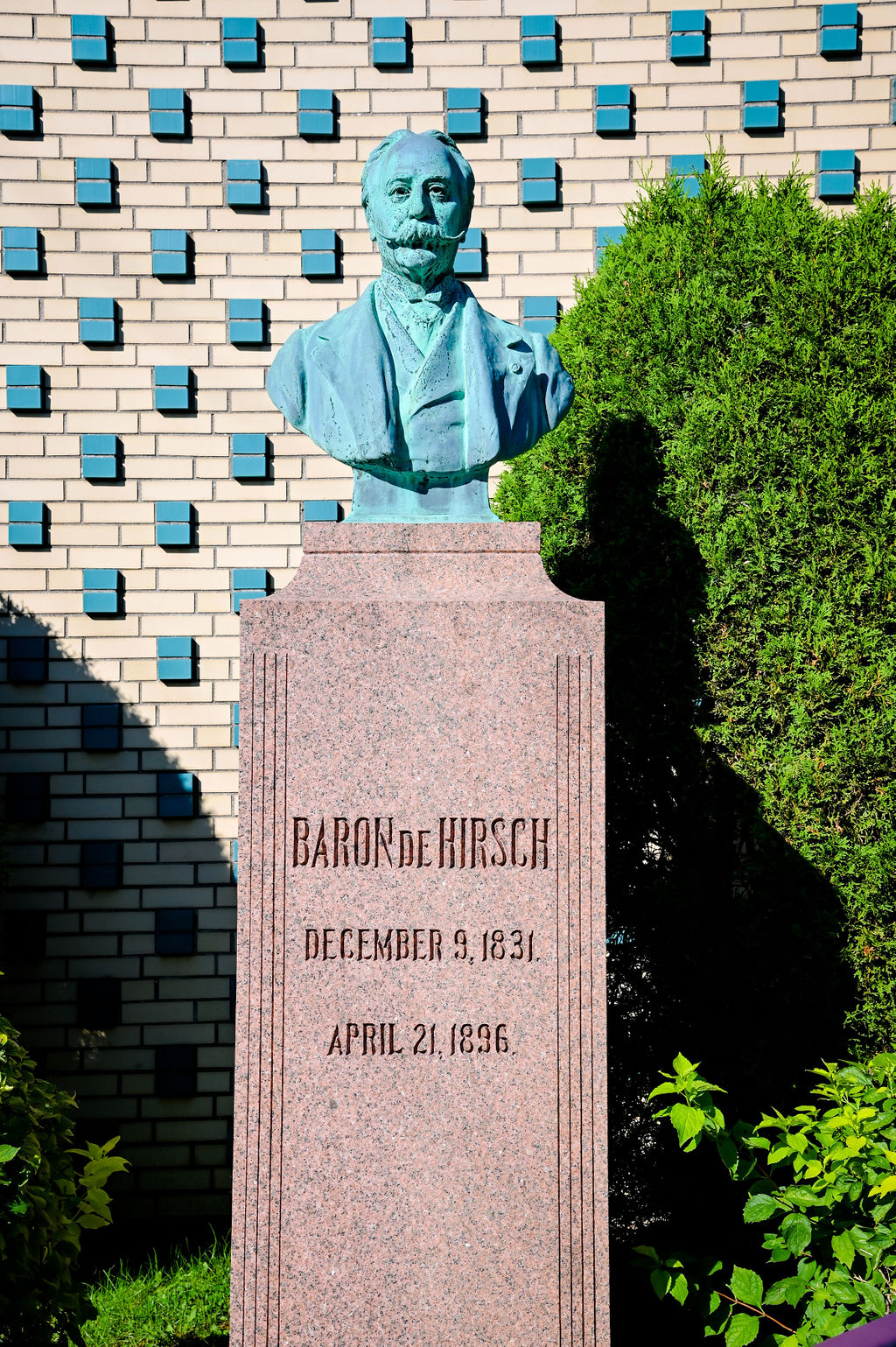 Montreal's Baron de Hirsch Cemetery opened at the beginning of the twentieth century but its roots lie in the very foundation of the Québec Jewish community.

Jewish life began in Montreal in the last third of the eighteenth century, the period following the Seven Years' War (1756 – 1763) between England and France for North American territory.
In 1760, the British military captured Montreal, the culmination of the campaign against New France and when the War ended some Jewish officers, soldiers, and military goods suppliers decided to stay and settle in Québec. They brought their families from England and the Thirteen Colonies, became merchants and fur traders and founded the first synagogue in Canada, the Shearith Israel, in 1768.
Although the community remained small for many years, the last decades of the 19th century saw a wave of immigration from Eastern Europe. More Jewish refugees landed in Montreal than in New York City. Many of the immigrants, heading for the United States, apparently didn’t realize that the part of "Amerike" in which they disembarked was a different country! In just twenty years, Montreal's Jewish population increased twelve-fold, topping sixty five hundred by the turn of the century. The new arrivals were mostly poor, and the established community was overwhelmed, unable to meet their many needs. Money was desperately needed. Members of the community decided to write to the great European Jewish philanthropist Baron Maurice de Hirsch to ask for help.
Within three weeks, the Baron responded with a cheque for the then enormous sum of $20,000 to construct a Jewish school and a ‘house of refuge’. He promised more if needed. The grateful recipients decided to name the new facilities in honour of the Baron's generosity. And thus, the Baron de Hirsch Institute was created.
One of the most important needs of the growing Montreal Jewish community was a cemetery and between 1902 and 1905, the Baron de Hirsch Institute’s Burial Committee made repeated efforts to secure suitable grounds.
Ultimately, a site was found in 1904 and the Baron de Hirsch Cemetery was officially opened in July 1905. Although no records explain the story, the oldest gravestone is dated December 1904, eight months before the cemetery actually opened!

At the turn of the 20th century, more Jewish immigrants were arriving in Montreal than anywhere else on the continent. The city’s small middle-class Jewish Community suddenly had to meet the burial needs of many new, mostly poor, arrivals who had little affiliation with the local congregations.  Out of this crisis, the Baron de Hirsch Cemetery, one of Canada’s largest Jewish cemeteries, was established on an undeveloped expanse of swampland, now in the heart of the city.

The Baron de Hirsch Cemetery is home to a wide variety of people who have shaped the city and its Jewish community. The sites’ 65,000 residents include a Titanic victim, acclaimed poet A.M. Klein, a bagel maker, Yiddish Theatre of Montreal founder Dora Wasserman, a monument maker and other well-known Canadian authors, politicians and artists.

The Cemetery includes unmarked children’s graves, the war veterans’ Field of Honour, sacred burial huts housing the remains of learned rabbis and memorials containing the ashes of Holocaust victims.  There are 16 monuments (see map) on the grounds in memory of the Holocaust victims.

The Back River Cemetery dates back to the late 1800's and is one of Montreal's oldest Jewish cemeteries. The history of Montreal's Jewish community can be seen throughout its grounds. Over the years the Cemetery deteriorated and in the early years of this century, the community and the Quebec Government funded a major restoration of the cemetery grounds. More than half of the cemeteries foundations were repaired, fencing was replaced, new drainage was installed and new facilities built to create an environment that all Montrealers can be proud of.